Sven Pannicke opened his own animation studio in the 90s creating stop motion films with a custom built camera. Today Sven is one of the managing directors at RISE and able to bank on a wealth of experience from traditional animation, producing animation and vfx projects at the Film Akademie Ludwigsburg as line producer to working for two visual effects facilities as vfx producer over the last decades. While Sven is developing business at RISE he is also supervising and producing digital work on several films. His latest supervisor credits include The Coming Days by Lars Kraume and Schicksalsjahre by Miguel Alexandre.

Robert Pinnow is one of the managing directors at RISE. Robert has been working for Softimage in the late 90s before he became head of production and IT for several visual effects and visualization companies. While he is lately more focused on executive producing vfx work at RISE, he is spearheading server and network development utilizing various high-end techniques only found in supercomputing centers. From time to time he is also supervising, his latest work includes The Three Investigators and the Secret of Skeleton Island and The Three Investigators and the Secret of Terror Castle.

Markus Degen studied Visual Media Art at the University of Applied Arts in Vienna, Austria. He is a classically trained designer with an enormous knowledge in film and broadcasting hardware and software, compression algorithms (codecs), data and colour look-up formats. Markus won the prestigious Prix Ars Electronica award and started working in compositing in 2001, soon moving on to supervising digital effects work on several films, among them the Academy Award winning The Counterfeiters by Stefan Ruzowitzky. As one of the four founding members of RISE Markus continues his work as visual effects supervisor. His latest credits include The Last Station by Michael Hoffman and 12 Paces without a Head by Sven Taddicken. He also pushes pipeline scripting and customisation concepts and tremendously contributes artistically to all movies RISE works on. That being said: None of the effects from RISE would look as good as they do without Markus and his eyes constantly striving for perfection.

Florian Gellinger has worked extensively as a visual effects designer in both compositing and 3D, making it his mission to reconcile the two practices. In 2005/2006 Florian supervised the vfx work on Roman Polanski's Oliver Twist and assisted director Catherine Hardwicke for Newline Cinema's The Nativity Story. Shortly after he founded RISE together with Markus, Robert and Sven. His work as visual effects supervisor and some of the radical new techniques he used for the German film This is Love directed by Matthias Glasner received overwhelming feedback from the vfx community and made RISE known across the globe. Since then he has supervised work on such films as Harry Potter and the Deathly Hallows, Captain America and X-Men: First Class. 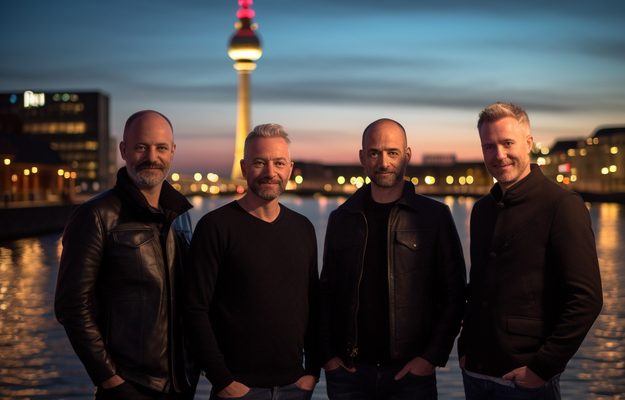