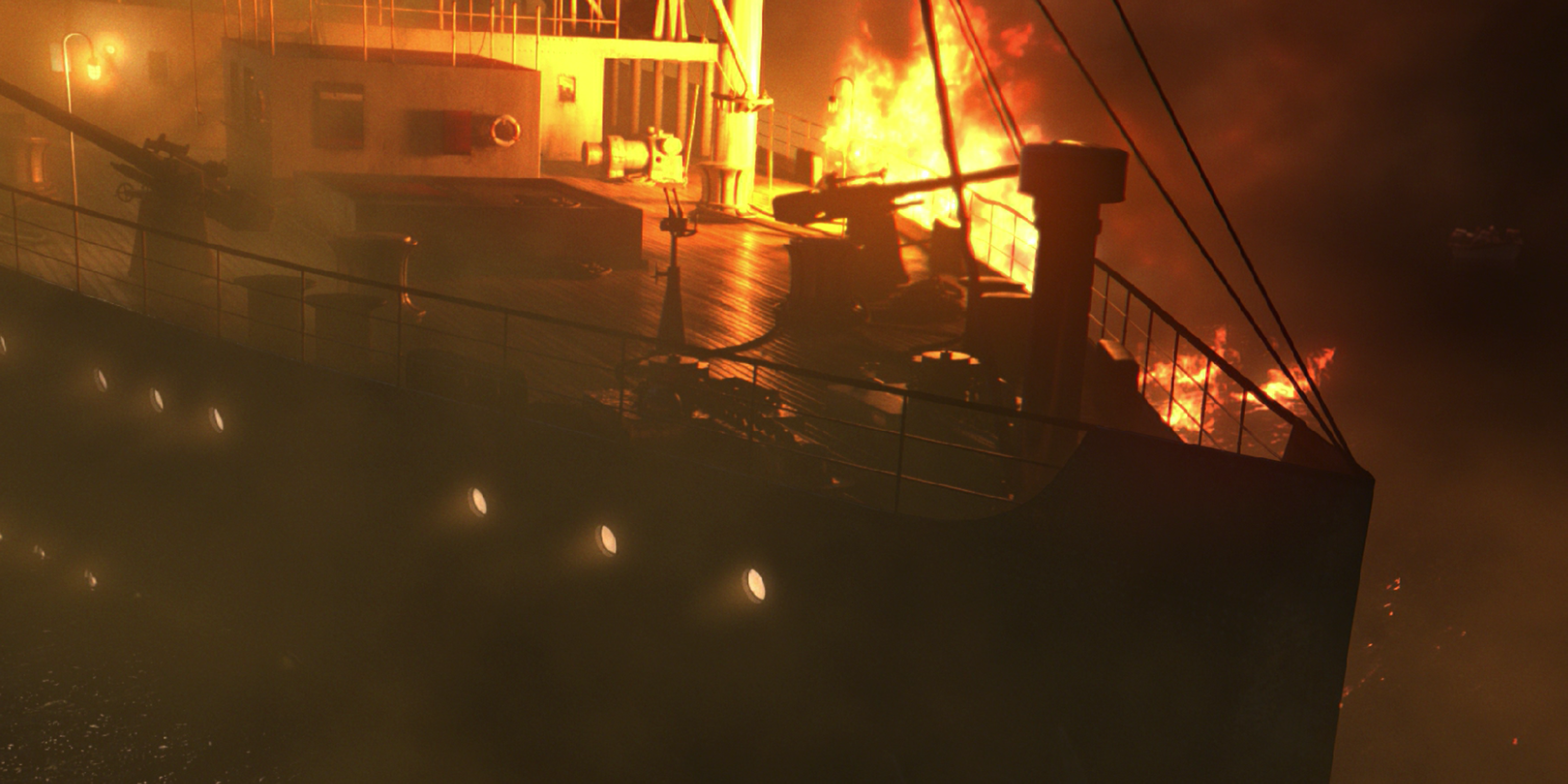 The Sinking of the Laconia

1942: Six hundred miles from the coast of Africa, a German U-boat, U-156, sinks the British troopship Laconia that is en route from Cape Town to the United Kingdom.

When realizing that there are POWs and civilians on board, and that they are facing certain death without rescue, U-boat Commander Werner Hartenstein makes a decision, which goes against the orders of German high command. The U-boat surfaces and Hartenstein instructs his men to save as many of the shipwrecked survivors as they can. Hartenstein also attempts to dive with all the survivors on board and, though this puts the submarine into a crash dive, control is regained and it resurfaces. He also has a Red Cross flag displayed and a message sent to the Allies to organize a rescue of the survivors.

Sierra Leone had informed the Americans to look for Laconia survivors but not of the submarine's rescue efforts. Soon after they attack the U-156 resumes her hunting duties, leaving behind the lifeboats with the British survivors to be picked up by a Vichy naval surface ship sent by Karl Doenitz.