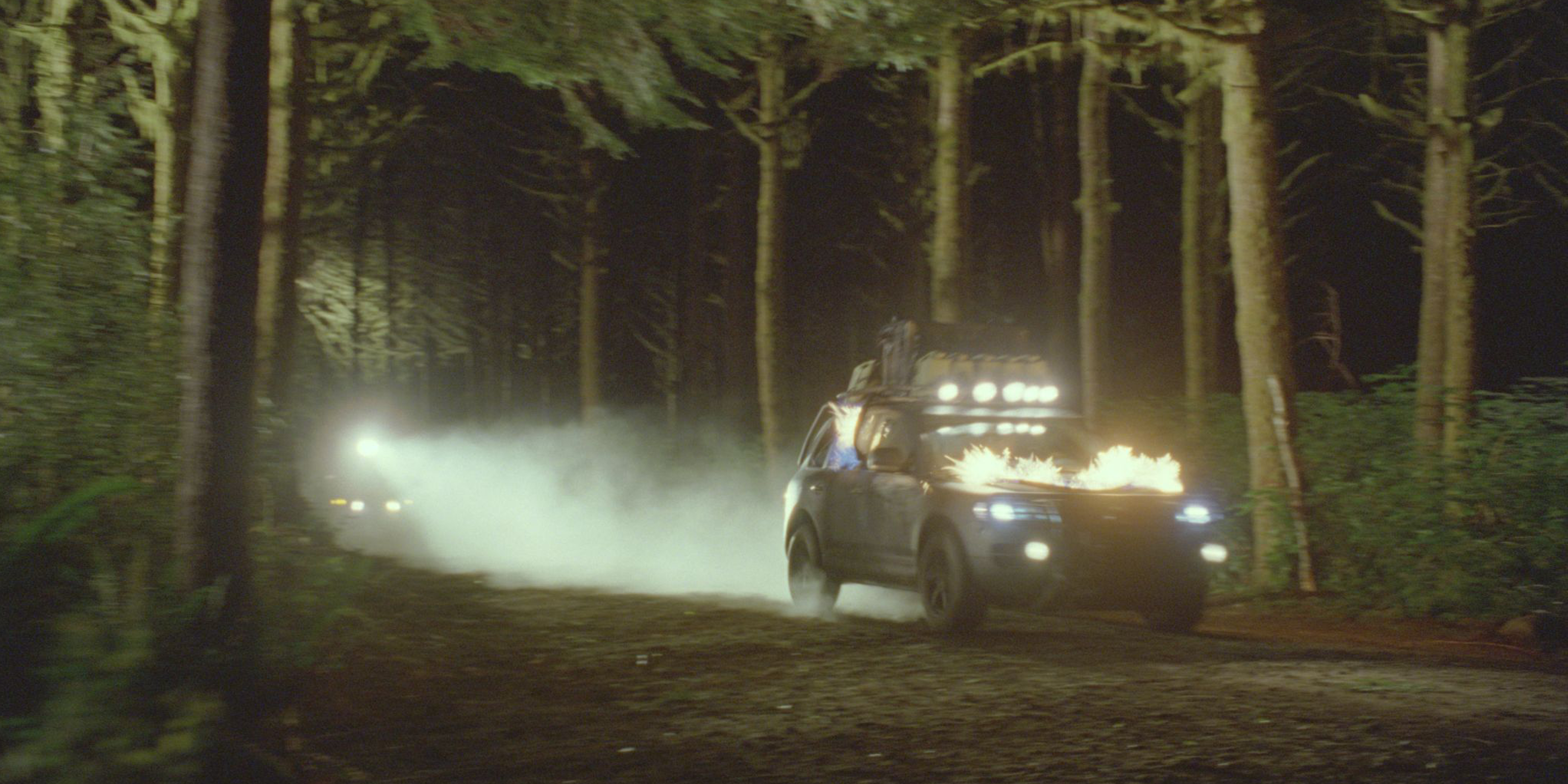 A team of mercenaries has been attacked on a remote island in the Pacific Northwest, and as mysterious reports begin to emerge from the chaos, a veteran Seattle newspaper editor sends top reporters Tom Moore and Valerie Constantine to the scene in hopes of getting the scoop on the story. Shortly after arriving on the island under the guidance of ship captain Jack Carver (Til Schweiger), the trio is attacked by mercenary commander Maria Sanchez. Though Tom is killed, Valerie and Jack manage to stage a daring escape and quickly begin to bicker over their plan as Maria's murderous soldiers fast begin gaining ground. Despite Captain Jack's plan to locate his friend Emilio and get off of the island as quickly as possible, reporter Valerie remains determined to investigate the strange situation and get as many details as possible for her upcoming story. Later, when Jack, Valerie, and Emilio are captured and taken to the secret lab of genius scientist Dr. Krieger, Valerie is extended an invitation to join the doctor in announcing his latest findings to the world. Though it finally seems as if Valerie has gotten just the scoop needed to make her story, the situation quickly turns chaotic when one of Dr. Kreiger's creatures escapes from the lab and sets out on a murderous rampage.